Evidence-informed practice in nursing is an approach to patient care that incorporates the best research, clinical expertise, and patient input. The premise of this problem-solving approach is simple: to provide the best in patient care.

Florence Nightingale first introduced the idea of evidence-informed practice in nursing nearly 200 years ago. She used the strategy during her time as a wartime nurse for the British Army when she observed how poor ventilation and the unsanitary conditions of the soldiers negatively impacted their health. Her findings led to vast changes in the way hygiene in hospitals was viewed, including layouts of hospitals to decrease the spread of infection. This laid the groundwork for what would become evidence-informed practice.

Today, evidence-informed practice in nursing is a foundational part of the Doctor of Nursing Practice - Family Nurse Practitioner program. It has become an increasingly important element within the health care industry as a whole, and for good reason. Significantly, evidence-informed practice in nursing helps keep clinicians current on research and it empowers them with numerous strengths that allows them to have a positive effect on health care processes.

Evidence-informed practice stresses the use of individualized patient care, encouraging more conversation between provider and patient. That interaction leads to the creation of a better overall treatment plan, increasing the chance of a better patient outcome.

When better patient outcomes are achieved, the benefits actually don’t stop there. Evidence-informed practice leads to greater transparency and accountability as the patient is brought into the conversation and decision-making process. The approach leads to cost savings as the demands on health care resources and providers are decreased.

Protocols of Evidence-informed Practice in Nursing

The idea of evidence-informed practice in nursing has developed greatly over the years. For decades after Nightingale, there was no movement on the practice. Up until the 1960s, nursing was still generally viewed as more of an applied science that was based on theory rather than research. Then came professor Archie Cochrane. Often called the father of evidence-informed medicine, Cochrane noted that problem in the 1970s, stressing the need for evidence in medicine. By the mid-1990s, it was realized that new knowledge alone wasn’t enough. It must be applied in clinical settings, preferably across an entire team.

Evidence-informed medicine became more of a focus in the 1980s and 1990s, and it replaced many protocols and policies that were at one time standard.

Previously, protocol said to turn a patient every two hours to avoid skin breakdowns. Evidence-informed practice revealed that patients should be turned when and if their condition permits. Another protocol change is that at one time aspirin was given to children to control fever. With evidence-informed practice, however, this has changed because it has been proven aspirin increases the risk of Reye’s syndrome. 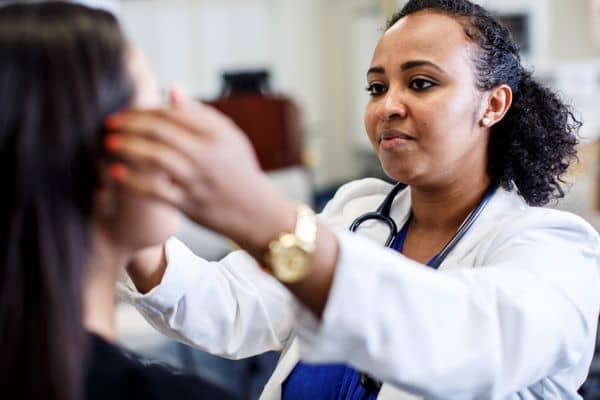 5 Examples of Evidence-informed Practice in Nursing

The Institute for Healthcare Improvement developed the “ventilator bundle” protocol in 2001 to significantly reduce the risk of ventilator-associated pneumonia. This includes:

Many ICUs have implemented the ventilator bundle since the guidelines were published. According to the Institute for Healthcare Improvement, hospitals have seen significant improvement with ventilator-associated pneumonia rates following the bundle guidelines, with “some even reaching zero by taking a comprehensive and multidisciplinary approach to ventilator care.”

It was once believed that providing oxygen to COPD patients could lead to serious health issues such as hypercarbia and acidosis. Some even believed it could lead to death. Yet today, a significant evidence-informed protocol is to provide oxygen to patients with COPD to prevent hypoxia and organ failure.

Because of evidence-informed research, nurses today know that children in inpatient care benefit from daily bathing with 2% chlorhexidine gluconate. A study by Cincinnati Children’s Hospital showed that daily bathing with this solution reduced the risk of an infection in the bloodstream. In fact, the study goes on to show that 2% chlorhexidine gluconate bathing every other day instead of daily soap and water bathing reduced the risk of infection by as much as 45%.

These particular nurses found that of 159 patients who underwent abdominal surgery during a specific timeframe,15 patients developed POI. Five of those patients had chewed gum, while 10 did not. A report published by the International Journal of Clinical and Experimental Medicine reported another study that showed only 27% of gum-chewing patients developed POI as compared to 48% of patients in the control group who did not. This led to the suggestion that “chewing gum has emerged as a novel and simple strategy for promoting the recovery of gastrointestinal function.”

Evidence-informed protocols extend well beyond just the care of patients. They apply to the care of nurses.

It’s well known that nursing is an occupation that comes with high levels of stress and anxiety. In some cases the stress of the job even leads to depression or burnout, especially for those working in areas like emergency rooms and oncology units. 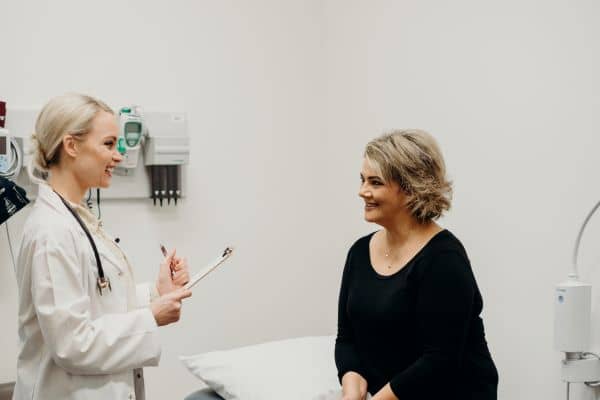 ODPHP, under the U.S. Department of Health and Human Services, states that “there is demand for evidence at many levels.” This ranges from practitioners to senior managers within the government and health care organizations that “use it to set priorities and make policy and funding decisions.”

As explained in ODPHP’s “Healthy People Initiative” for 2020, integrating proven research with clinical expertise helps avoid pitfalls of creating treatments and plans without clear evidence. For example, a breast cancer treatment was implemented in the 1980s without proper testing. Eventually, research proved it ineffective and that it actually contributed to the premature death of thousands of women.

Evidence-informed practice has positively contributed to population health as it has found many routine screening tests unnecessary. Evidence shows routine screening in some cases leads to false positives and unnecessary psychological harm. Two separate studies concluded the inaccuracy of routine testing: one regarding abdominal aortic aneurysms in women and another regarding men aged 65 to 75 who have never smoked.

A Team Approach to Evidence-informed Practice in Nursing

Yet for evidence-informed practice in nursing to truly be successful, the entire team must buy-in. This starts from the top, so nurse managers play a pivotal role in implementing the method. Feeling supported by superiors encourages novice nurses—and those at any level—to implement evidence-informed protocols whenever possible.

The Institute of Medicine has issued recommendations for health care professionals to lead the way in implementing evidence-informed practice in nursing, and the American Nurses Association has updated its standards to put the practice into place. That has paved the way for nurse managers to create the workplace culture and empower “nurses under their supervision to use EBP and drive change.” 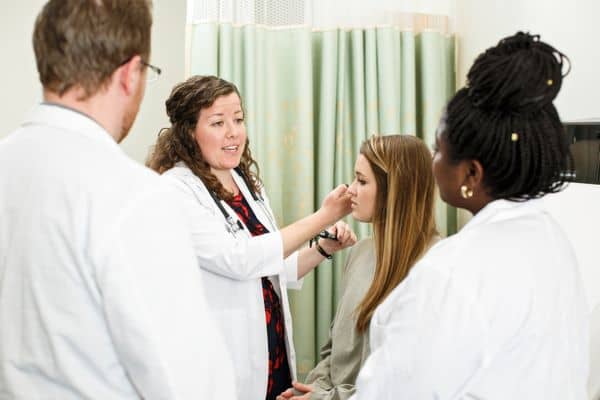 Evidence-informed practice has become foundational to the nursing profession. It’s needed for nurses in all settings and in all skill sets. That’s why it’s critical to learn about the approach and how to apply it to patients whenever possible.

The Benefits of Evidence-informed Practice in Nursing in Clinicals

Clinicals are a great opportunity to delve into evidence-informed practice in nursing, and it’s an important part of a Doctor of Nursing Practice - Family Nurse Practitioner program. Students benefit from assignments with specific populations by performing research and finding pertinent evidence-informed practices. Furthermore, clinicals are a time nursing students can proactively explore proven practices that should be considered or implemented under the leadership of experienced professionals in the field.

The sooner evidence-informed practice in nursing is learned, the sooner it will elevate your knowledge. It will expand the role of research in decision-making and help you more quickly make the right call for patients.

In the end, evidence-informed practice in nursing enables you to become a better advocate for your patients. And developing the mindset will offer competitive advantages when it comes to furthering your career: 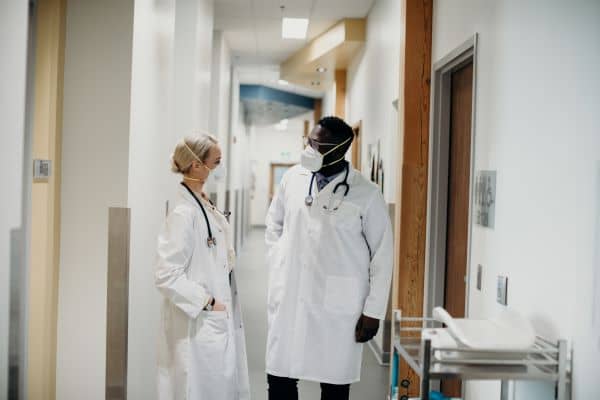 A Benefit to Avoiding Job Burnout

The implementation of evidence-informed practice in nursing can help prevent burnout and guide clinicians to more easily achieve what has become the “quadruple aim”: improving the work life of clinicians. An American Journal of Accountable Care study found that over half of all clinicians in the United States experience symptoms of burnout. They report that approximately 60% of newly licensed registered nurses actually quit their first professional job in the first two years due to burnout.

Many believe that the implementation of evidence-informed practice in nursing actually contributes to a nurse’s long-term career satisfaction. That’s due to many factors, such as improving patient care and continuously expanding their knowledge and skills. Adds Bernadette Mazurek Melnyk, PhD, RN, APRN-CNP, FAANP, FNAP, FAAN, a member of the American Association of Nurse Practitioners, “In a time when NPs and many other providers experience symptoms of burn out, [evidence-based practice] can be empowering.” 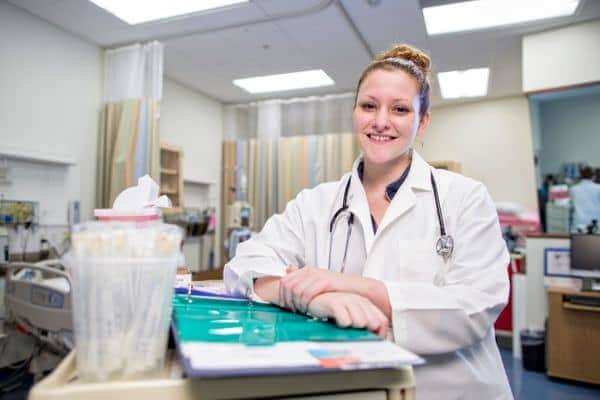 Are You Ready to Take the Next Step in Evidence-informed Practice?

Are you eager to better care for your patients and improve patient outcomes? Are you looking for opportunities to advance your education and expand your knowledge of health care? Or are you simply seeking to improve your career satisfaction and make an impact? Whatever your reason may be, Marymount University’s online Doctor of Nursing Practice - Family Nurse Practitioner program is a proven method of success to help advance your career.

Marymount’s Doctor of Nursing Practice - Family Nurse Practitioner curriculum will prepare you to lead the way in evidence-informed practice in nursing. The program is designed to help you learn to evaluate clinical research and put it into practice. The DNP-FNP program emphasizes ethical standards in nursing and the importance of advocacy to improve patient care.

In addition to offering the education and experience needed for your nursing journey, Marymount emphasizes students’ personal growth as well. As a comprehensive, faith-based university, Marymount strives to help students grow ethically, spiritually, and intellectually.

Join the growing body of nurses making a difference with evidence-informed practice in nursing through Marymount University’s online DNP-FNP degree.

Submit your information to access a comprehensive digital program guide. One of our dedicated admissions advisors will contact you shortly to discuss next steps.

Clinical placement requirements are unique for each state. Please see our list of program offerings by state or contact us to determine whether our programs fulfill your state requirements.

To proceed with either the BSN to MSN FNP or the BSN to DNP FNP, you are required to have a bachelor’s degree and hold your RN license.

To proceed with either the PMC-FNP or the PMC-DNP, you are required to have a master's degree and hold your RN license.

To proceed with the ABSN, you are required to have a bachelor's degree.

To proceed with the Doctor of Business Administration - Business Intelligence degree, you are required to have a master’s degree.